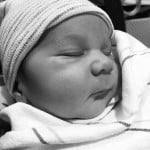 In 2006 I had a vasectomy after my second child. I didn’t think I’d ever want a third. I ended up getting divorced and in 2013 I remarried and my wife and I decided we wanted a baby of our own. So in 2014 we contacted VRCC after much research and decided it was the place to go. Every other place leads you in with this low price and then you end up paying the same if not more at the end of the procedure which led me to believe that they weren’t being honest. If they weren’t being honest about that, how would I be able to trust them with my body and my future baby? Dr. Agha was amazing and so was the staff. They made my wife and I feel comfortable and confident about the procedure. Thanks to the doctor, we had a beautiful baby boy on August 13th, 2015! I highly recommend VRCC for a reversal!

The staff was wonderful, could

The staff was wonderful, could not be more courteous. Dr. Agha took time to explain the condition and procedure in detail. I was so nervous but his explanation and calm relaxed me. The surgery went beautiful. I was back to work following week. Thank you Dr. Agha for the magic touch.

Everyone was so nice to

Everyone was so nice to my husband and me – we have never had such a good medical experience any other medical office. My husband’s treatment at Oak Brook Urology has restored our faith in the medical profession.

“Dr Agha is the BEST

“Dr Agha is the BEST doctor and we were so blessed to have him taking care of my husband. I am also thankful that I was able to be with my husband in the exam rooms and waiting with him before and after surgery. We would recommend our Doctor and Virginia Urology to everyone for great care! Thanks so much.”

“I really like Dr. Agha, and his staff. They all do a wonderful job.”

I had my vasectomy procedure

I had my vasectomy procedure done now over 1 month ago and I have to say that my experience was very pleasant and professional. Dr Agha was thorough in explaining the procedure ahead of with my spouse and I and made us feel comfortable. The procedure was truly no pain, and I am still surprised how quickly it was completed. I would highly recommend anyone considering vasectomy to Dr Agha!

After having 2 healthy boys 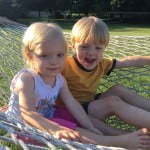 After having 2 healthy boys with my wife, we decided I would have a vasectomy in April of 2007. But at some point around the vasectomy, my wife had a tubal miscarriage. Fast forward to 2009, We bought a house in November and had placed the first time home buyers credit in our savings account for an emergency. She carried this feeling that our family was incomplete all by herself for 3 years. In October 2010, my wife finally opened up to me about what happened. So we began discussing options of adoption, foster care and reversal surgery. When we found VRCC, my wife felt like an image of a child and the scripture verse that was on their home screen was a comforting “sign” for her. when we saw how much they charged, it was the exact amount we had in our savings account. So we began the process of getting a reversal. I was going to a conference/training retreat in the Chicago area in November, but the website said surgeries were typically scheduled 30 days out. We wanted to keep it a secret from our families in case the reversal was not successful. I called VRCC and asked about the weekend i would be in Chicago. they said that it would work!!!! My wife and I felt like God was really placing things in order for us to have the reversal done. the final straw for us was when I googled the hospital to see when I would have to leave my conference. We discovered that the hospital was only 15-20 minutes away from where we were and I was able to catch a train up to chicago and my wife drove up a couple days later (to be there in time for the surgery). We arrived at the facilities and everyone was very kind and respectful. The Doctor was very informative and gave me updates as the surgery went along. Fast forward again to November 17, 2011 and our 3rd son was born 370 days after I had our reversal. Then on July 17, 2013, our daughter was born. Both are very healthy and we can’t imagine our house without them in it. Periodically, they will be gone with grandparents and the older 2 will be home with us. We normally pause and think how weird it would be without the youngest 2 in our home. My wife has regained the sparkle in her eye and our house has never been noisier. I wouldn’t have it any other way.